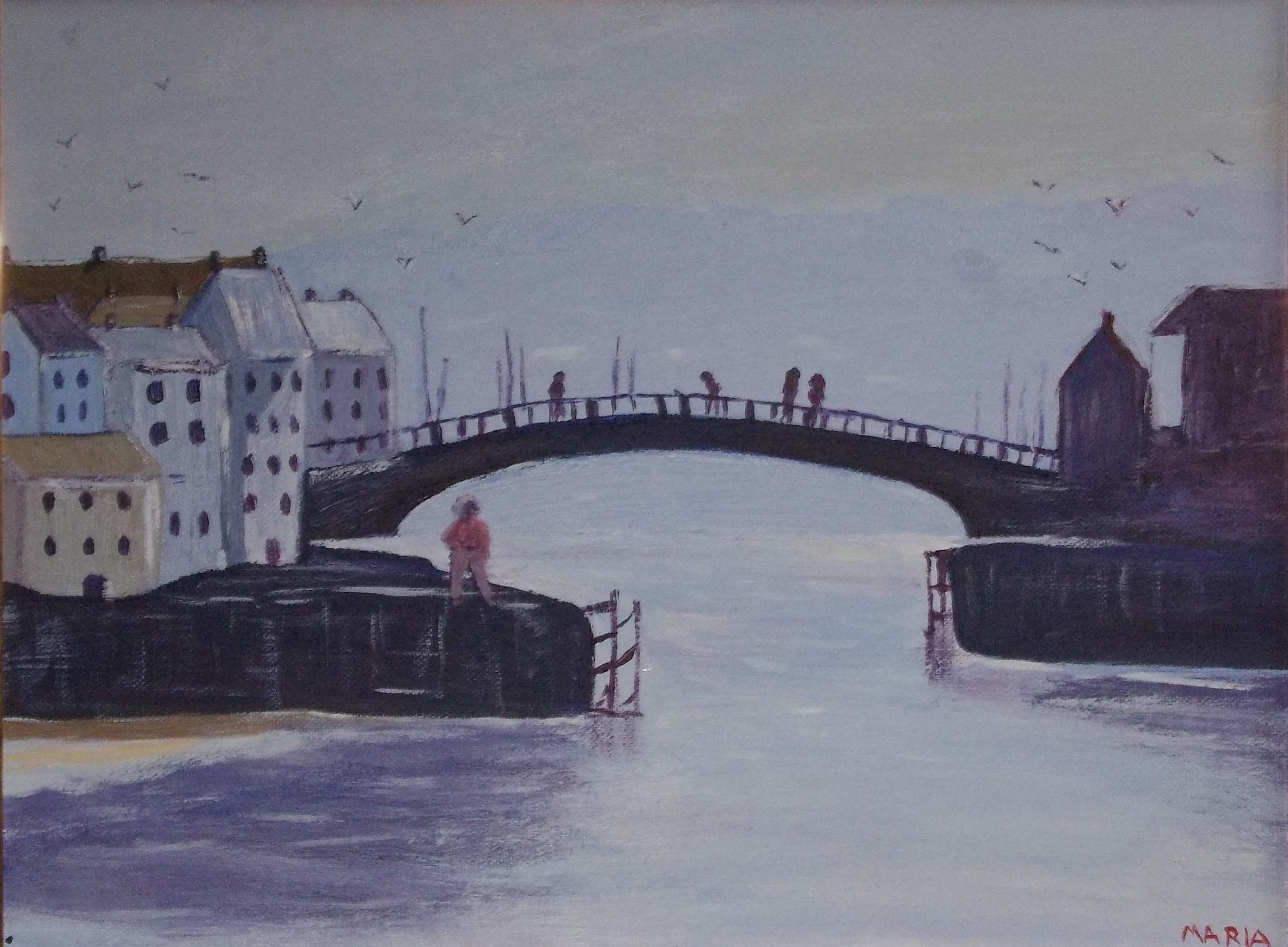 Artist Bio: Born in Tanga, Tanzania, my parents moved to South Africa, where I completed my schooling and did a University degree in Pietermaritzburg, Natal, as it was then.  I currently live in London on the Isle of Dogs close to Canary Wharf.  We also have a home in Birchington-on-Sea, near Margate.  Now recently semi-retired, I have been working as assistant to a banker, chairman of a UK bank headquartered in Morocco.  I am caretaker of the London property of the Moroccan bank's President and owner, two houses joined as one which used to be owned by William Turner, and where he died. They have a blue plaque outside.  My younger sister has lived most of her life in Victoria, Australia, now in Mornington on the coast.  She is an artist and greatly encourages me when I send her photos of my work.

I have been involved in crafts of one sort or another for the past 30 years, first making jewellery which I sold at weekends in Bosun's Yard, a craft market in Greenwich, London.  Next fairly successful project was teddy bear making, using only the best mohair materials.  For some pictures you can google my name.  There are one or two photos of my bears wearing t-shirts with various images.  I then got into card making, scrapbooking, and general crafting.  I still make some cards for personal use using stencils and inks.  I have been doing some folk art painting over the last three years or so.  This is great fun but requires a lot of practice to build up a skill.  I have produced several small plaques and decorated plant pots, etc. for gifts for family and friends.

I first "found" Rod Moore in 2017 on Facebook.  Joined up for several of his free courses, became a member then a Gold member, and quickly became a lifetime member.  I now have access to all Rod's courses and exercise materials, photos, etc.  I highly recommend his painting method, he has certainly helped me learn to paint and to have confidence in tackling some of his more involved projects.