How To Paint Figures

One of my favorite things to paint is figures.

Figures add life, movement and most importantly … a story line to a painting.

People connect with the story being told by the figures in a painting.

We are shortly going to be releasing a new online course in painting figures.

For now though I want to give you a starting point. Note … when I say painting figures I am not talking about portrait painting where the focus is on the face.

The first thing you need to know how to do is sketch people in the right proportions. Generally speaking … the easiest way to get this right is to understand the proportions of a fully grown adult standing upright. To start with you divide them into 8 sections.

First you mark where you want the top of their head, then mark where their feet will end. Next divide this into halves. Then divide each half into four sections giving you eight approximately equal sections. See drawing below.

Obviously these drawings a little rough but the idea is to see how the shape of an adult standing erect fits into this grid. The head takes up the first eight. The hips / groin fall around the middle section. Now remember these are general rules and everyone is shaped differently … however this will give you a starting point to work from.

I recommend you spend a lot of time with a sketch book and pencils. Just practice sketching people either from photos or from life. (I used to go to Starbucks and sketch people there while having coffee).

Above you can see some sketches made in Starbucks. I have added a little watercolor for some interest.

By creating lots of sketches like this (either from life or from photos) you start to get a feel for the shape, size and proportions of the human figure. Then you can branch out and paint them in all different positions and poses.

Now what about when there are multiple figures and some are further away like in a crowded beach scene?

When you paint figures at different distances there is a couple of key things to note.

The key difference of course is that the further away they are the smaller they will be overall. So the finishing position of feet will be higher up the canvas.

If you get that right then you will have good perspective.

So for example the figure at the focal point might have a bright red t-shirt on. At the furthest point the red would be greyed right down and a weaker value.

This is a good starting point with painting in figures so focus on these keys for the moment.

There is of course a lot more to learn. We will shortly be releasing a new online course titled ‘Painting Figures’ which will go through everything you need to know to add in figures as I have done in the paintings below: 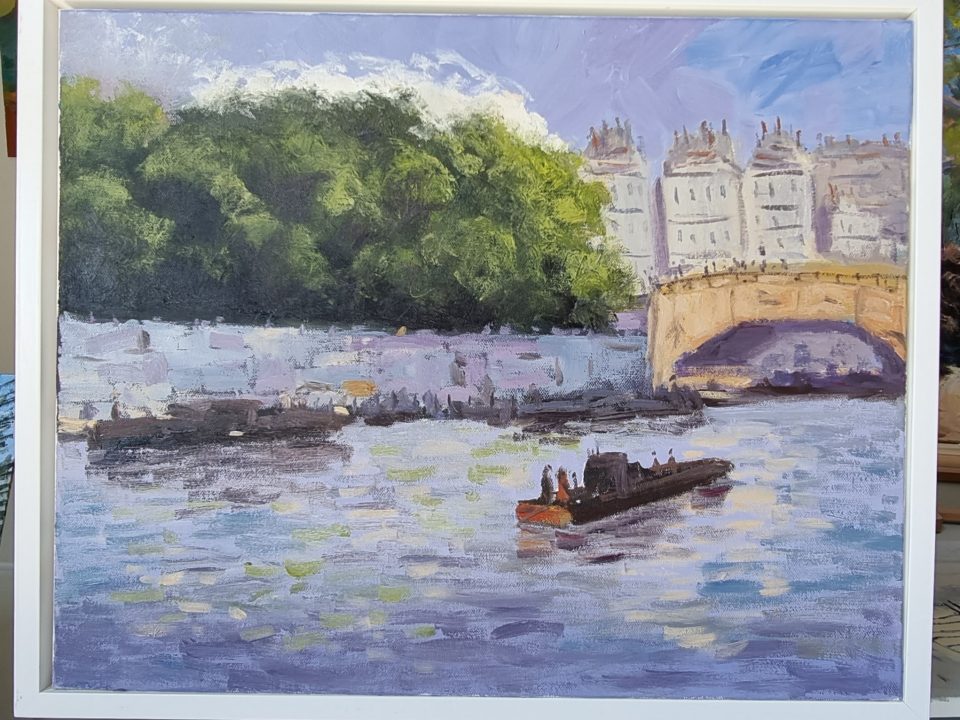 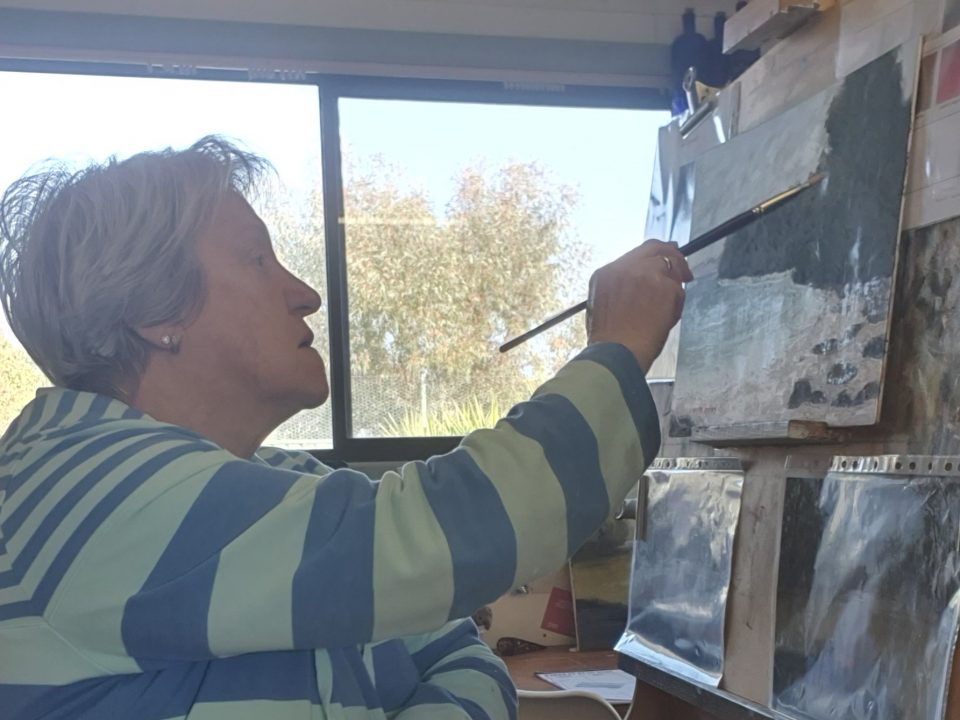 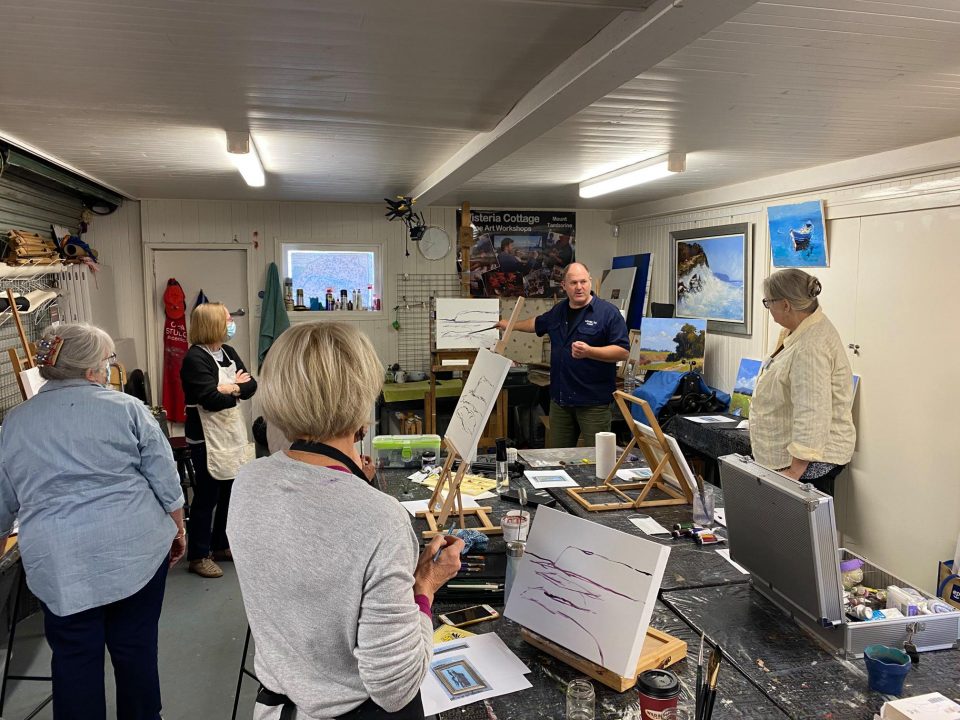